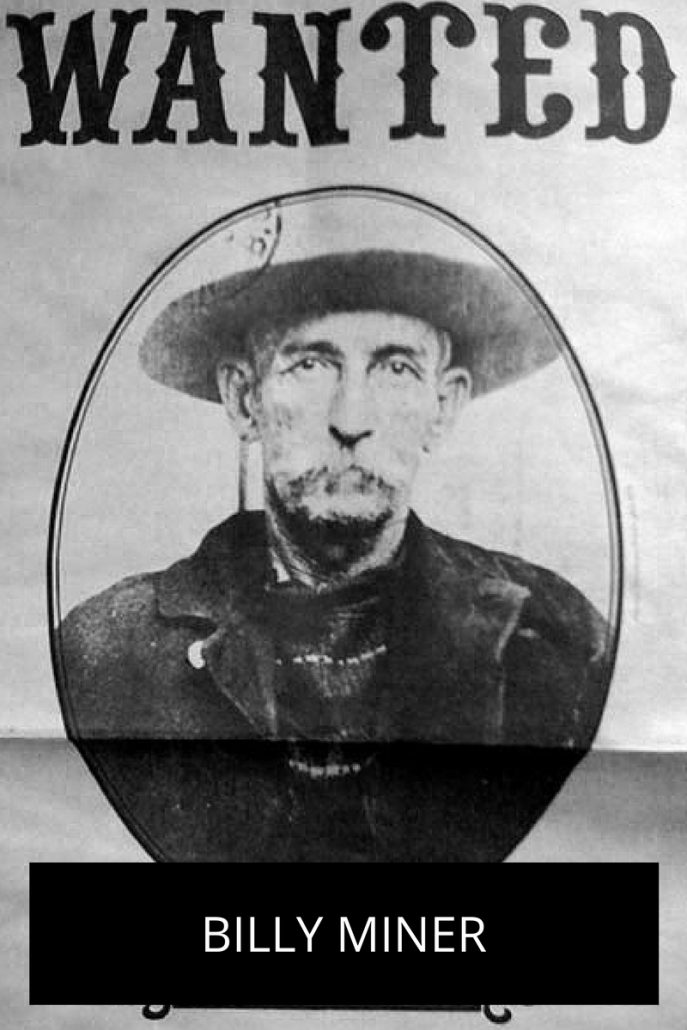 On Sept. 10 1904, the CPR train No. 1 leaving Mission Junction was robbed in Canada’s first train robbery, bringing national attention to Mission. The robbery was pulled off by a sixty year old grandfatherly-looking man named Billy Miner and his accomplices, Shorty Dunn and Jake Terry. They boarded the train at a water tank. After they gained control, they made the engineer separate the locomotive, baggage car and two small mail cars from the rest of the train, then moved these cars to Silverdale.

They took 6,000 to 7,000 dollars worth of gold dust, $914.37 in cash and an 80,000 dollar bond, but left $7.94 scattered across the baggage car. Then, according to reports, they rowed across the Fraser River and fled on horseback across Matsqui Prairie to the US border.

Miner had arrived in town a few days before the robbery took place. He took up residence in a shrub bush in Solloway field (near Mission Raceway today) being careful not to attract police attention, but also to be at a point where he could watch the coming and goings of trains at the junction. Many people say they saw or spoke to Miner while he was waiting for the money-laden train.

Miner only turned up again in Canada in May of 1906, when he, Shorty Dunn, and new accomplice Louis Colquhoun robbed a train at Ducks, near Kamloops. After an expansive search which enlisted cowboys and Indigenous trackers, the trio was caught by the Royal Northwest Mounted Police near Douglas Lake. Dunn tried to fight, but was shot in the leg and the gang was handed over to Provincial Police. Miner was tried and convicted and sent to the BC Penitentiary at New Westminster but within a year he had escaped, presumably back to the US to continue his trade of robbing trains.

Billy Miner, the gentleman bandit given the title ‘Grey Fox’ by the 1982 movie of the same name, is credited to have coined the phrase “hands up” and was said to have quipped “Goodnight boys, sorry to have troubled you,” in the 1904 robbery. At the age of 67, Miner was again put in jail for train robbery, this time in the Georgia State Penitentiary. There are conflicting stories of his life after this point; some say he escaped yet again, some say he died at San Quentin, and some say he died at the age of 70 at the Georgia State Penitentiary.

What happened to his friends is well known – Shorty Dunn served his life sentence, but drowned in a lake near Kamloops. Lewis Colqohoum died in prison of tuberculosis. It was ironic that the same railroad he robbed (CPR), and the same baggage handler on that railroad, later took his corpse home to be buried.